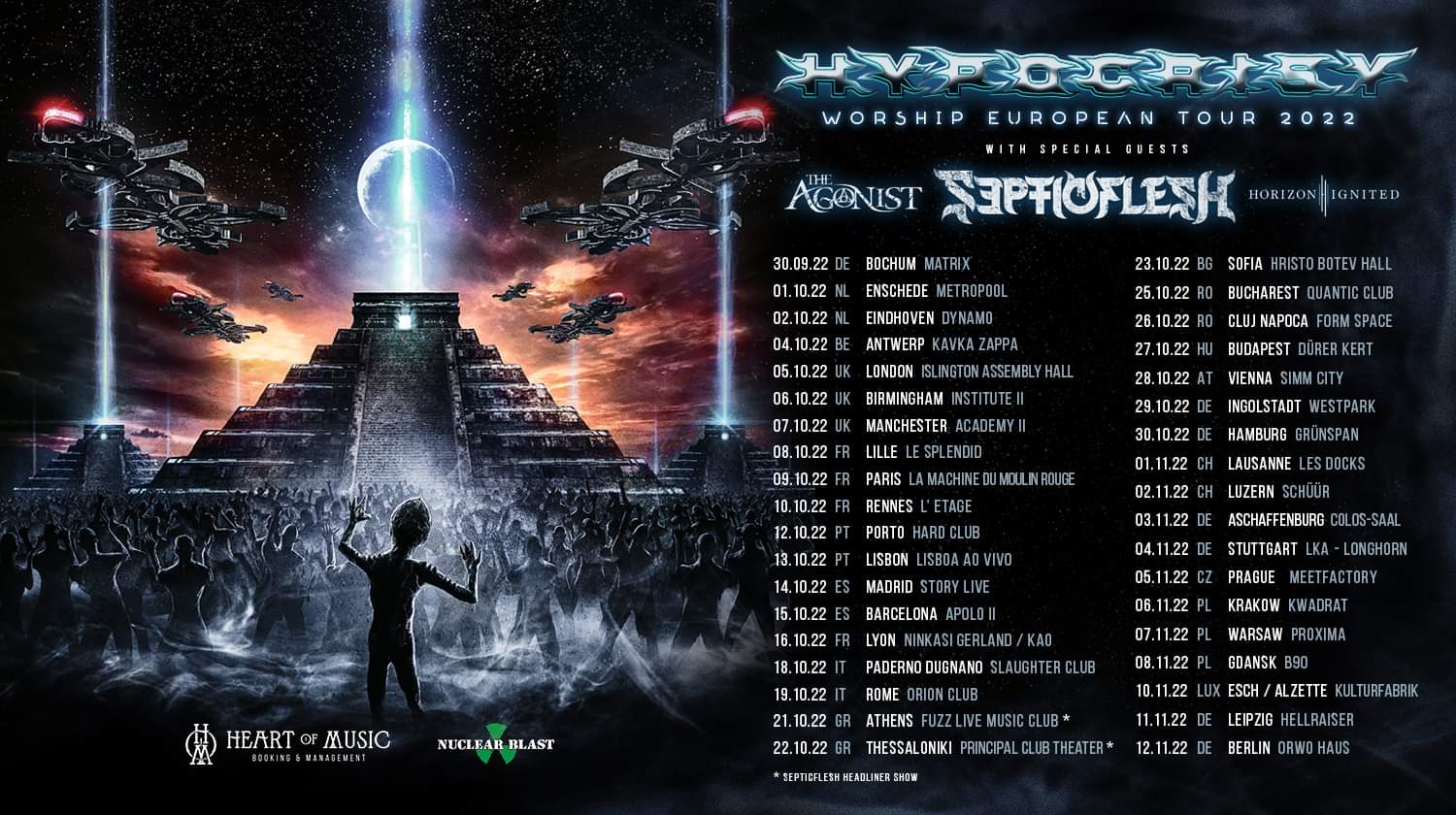 The HEART OF MUSIC AGENCY proudly presents: HYPOCRISY – WORSHIP EUROPEAN TOUR 2022 – w/SPECIAL GUEST: SEPTICFLESH & supports Swedish death metal executors HYPOCRISY rise up again to sweep across Europe like a storm and leave a trail of pure death metal devastation in 17 countries and 37 cities. The big WORSHIP European Tour 2022 tour will start on September 30 and conclude on November 12. Hypocrisy has a 30-year history with 12 albums, hundreds of gigs all over the world, and thousands of fans. This influential Swedish death metal band started from the will of one person, and this person’s name was (and is) Peter Tägtgren (Hypocrisy, The Abyss, PAIN, ex-Lindemann). Having made the first demos all by himself, after getting an offer from Nuclear Blast, he invited musicians to form an actual band. Since then, Hypocrisy gained success with their records and rocking live performances, and evolved musically and conceptually. Heavy and rich sound with catchy melodic riffs, crushing drum fills, obscure lyrics and versatile vocal parts became a signature style of the band. Its discography from debut ‘Penetralia’ to the recent ’Worship’, through such legendary albums as ‘The Fourth Dimension’, ‘Abducted’, and ‘Virus’, is indeed a thrilling metal journey. A journey that continues. Hypocrisy’s new long-expected album has been released on November 26th in 2022 and by far exceeded all expectations. You can be sure, the live shows of this tour also will. HYPOCRISY warmly welcomes the Metal Veterans of SepticFlesh (GRC) as their special guest, as well as THE AGONIST (CAN) and Horizon Ignited (FIN) as supports on this outstanding and unique run through Europe. HIT THE TICKETS BUTTON ABOVE AND GET YOUR TICKETS NOW!

I want to be informed about pass and promos near my home.