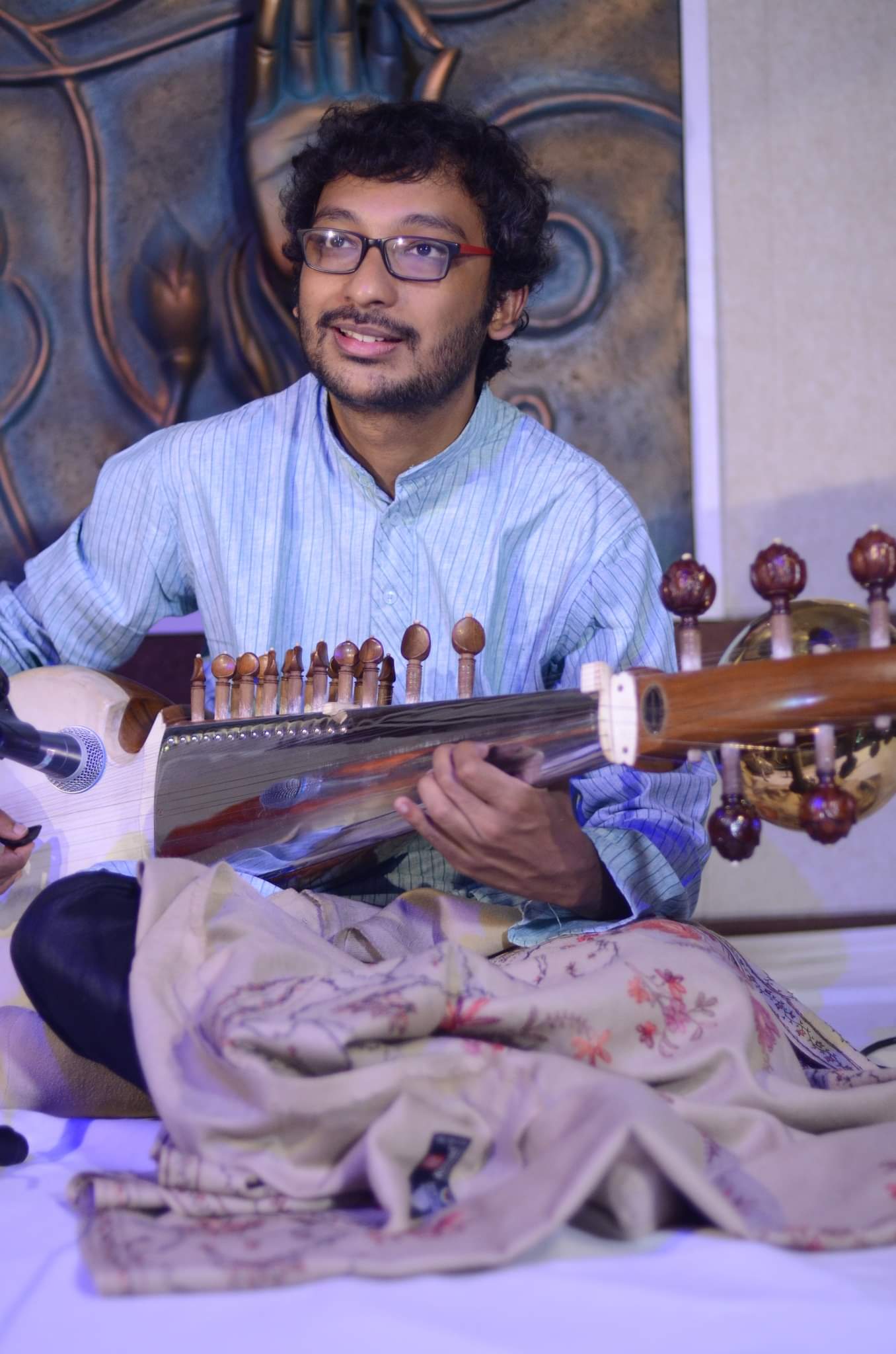 Mayukh Gangopadhyay is a young sarod player, with more than 20 years of studying. The learning of music was started at the age of 6 under the guidance of Pt. Alok Lahiri. Now, he is under the tutelage of Sri Sohom Chatterjee & Smt. Troilee Dutta, who is one of the eminent disciples of Late Pt. Kamal Mallik. He is taking also advance Talim in Imdadkhani style under the Guidance of Sri Abhik Mukherjee, who is a disciple of The Living Legend Pandit Arvind Parikh. In academic aspect, Mayukh is an Engineering Graduate in Biotechnology trade. Mayukh has recieved CCRT National Scholarship for Young Musician from Ministry of Culture, Govt of India And Also awarded 'Vadya Bisharad' from Sarbabharatitya Sangeet and Kala Parishad (All India Council for Art & Culture). With in the age of 26 he has performed many places nationally and internationally. Shreekalyan Chakraborry is a young Tabla Player following Farukhabad Gharana. He started talim at the age of 3 from his 1st Guru , his father initially and there after his talim started with his 2nd Guru Shri Tulshinarayan Kar , an eminent disciple of Pandit Biswanath Bos. Thereafter Shreekalyan has been taking his training under the tutelage of Pandit Anindo Chattopadhyay since 2008. He conquered 1st position in Doverlane Music Competition, 2016 and in All India Radio Competition 2019. He also has received CCRT National Scholarship for Young Musician from Ministry of Culture, Govt of India in 2017. In 2017 he also stood first in Kajalrekha Musical Foundation organised by Pt. Subhankar Bannerjee. Now he is a graded artist of All India Radio, Kolkata and also a faculty of Shrutinandan, the music school founded by Pandit Ajoy Chakraborty. Some of his notable concerts are Paschim Banga Rajya Sishu Kishor Academy to perfom Tabla lahera consecutively for 2 years , 2008 & 2009. In 2017 Selected as a young artist in AlR , Yuva Vani , Kolkata. Shreekalyan was very fortunate to share the stage with his guru Pt. Anindo Chattopadhyay on 12th February, 2022 Organised by Sangeet Piyasi, Kolkata. He was Invited from Music Forum , Mumbai for performing solo performance and was felicited with Pandit Nikhil Ghosh Memorial award. Shreekalyan has performed many times in viewcy.com and also a key member of dhaibat.org, a charitable foundation to promote Indian Classical Music. https://www.youtube.com/watch?v=3-kCyFXmyt0 https://www.youtube.com/watch?v=S7i5CpMJ5pA Art Base, Wednesday 12/10/22 20h, 15E ( reduced 10E for students under 26 and jobseekers), 29 rue des Sables Zandstraat, 1000 Bruxelles. For reservations & more info to www.art-base.be

I want to be informed about pass and promos near my home.